Doug Cook RD > Blog > Heartburn. Could It Really Be Due To LOW Stomach Acid? 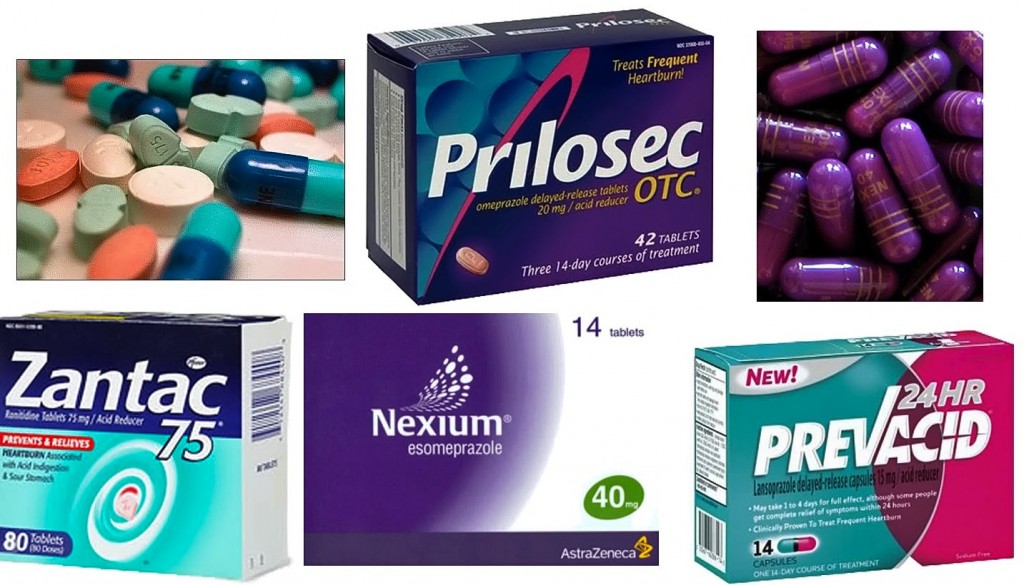 Heartburn. Could It Really Be Due To LOW Stomach Acid? 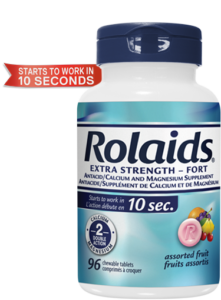 How do you spell relief?    R-O-L-A-I-D-S or so go the commercials. The scene is familiar. If you find yourself with a bit of an upset stomach from a spicy indulgence and relief is as close as your bottle of TUMS or Rolaids.

Heartburn. It goes by many names: acid reflux, gastro-esophageal-reflux-disease or GERD, acid indigestion, or by more medical terms such as pyrosis, cardialgia, and even dyspepsia although the latter is really a combination of stomach pain with heartburn.

It is characterized by a burning sensation in the chest, just behind the breastbone (sternum), and generally located in the upper central abdomen but can move to the front of the throat and neck.

Man oh man does it hurt and with good reason. Stomach acid and the digestive enzyme pepsin have moved into the forbidden territory; the esophagus and it ain’t too happy.

Heartburn. How bad is it?

About 60% of adults will experience some form of heartburn within a 12-month period and 20 – 30% will have weekly symptoms. Surveys have found that frequent sufferers will have had symptoms for more than 5 years. Yikes!

In the USA, there were 18.3 million visits to health care professionals in emergency rooms, doctors’ offices, and clinics for reflux-related complaints in 2004.

About 64.6 million prescriptions are written annually for medications to treat heartburn and this doesn’t include the number of doses of over-the-counter antacids that people take on their own. 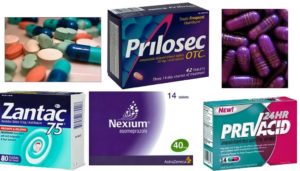 It’s all about stomach acid right?

Go to any doctor and mention bloating, belching, and burning in your chest, especially after eating, and the doctor’s impulse will be to say that you’ve got acid reflux.

The treatment?     Manage the symptoms.

Nowadays a doctor wouldn’t even start with an antacid like Rolaids or TUMS but will likely suggest an over-the-counter drug like Zantac or go for the big guns, and prescribe a class of drugs called proton pump inhibitors (PPIs) such as Nexium or Prevacid.

No stomach acid (or significantly reduced)  =  no pain.

The logic is sound. There’s no denying that stomach acid and enzymes ARE causing the pain in the esophagus (the ‘tube’ that carries food from the mouth into the stomach). This is because the esophagus doesn’t have the protective layer of mucous that the stomach does and the esophagus is in fact being digested, if ever so slightly. There is a time and place for these medications but where once they were used very short term, as they were meant to be, to manage gastritis, ulcers and the like, they are now prescribed at the drop of a hat and on a long term basis. I’ve seen patients in hospital and in private practice who’ve been on them for years.

However, simply addressing the symptoms doesn’t get to the root cause for the reflux.

A functional medicine approach would be to consider the whole person, understanding that heartburn-related pain is a barometer of something that’s functionally amiss.

Normally the contents of the stomach are contained via a muscular structure between the esophagus and the stomach: the lower esophageal sphincter or LES. Normally it allows food and beverages to move one way, from the mouth into the stomach however, there are risk factors that can cause this to go awry: 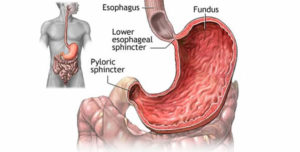 Quite simply, an increase in abdominal mass increases intra-abdominal pressure which increases pressure on all abdominal structures including the stomach and the LES; stomach contents, under pressure, are able to move into the esophagus.

Several reasons seem to be at play, for unknown reasons, smokers have weaker LES muscles. Nicotine that mixes with saliva and swallowed is an irritant to the entire digestive tract and smokers cough more; coughing increases intra-abdominal pressure.

Not as clear cut but evidence suggests that chronic stress & elevated stress hormones like cortisol and adrenaline may slow the rate of food leaving the stomach and movement along the digestive tract increasing the potential for reflux. Stress can decrease the production of mucous that normally protects the stomach; if irritated, it may cause increased belching. When the LES opens to release the gas, stomach contents can escape. 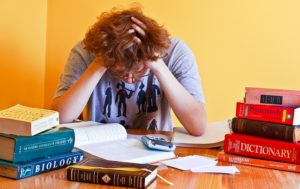 Could low stomach acid be to blame?

You might be thinking “How could heartburn and reflux be due to low stomach acid especially since those who take antacid medications find relief?” Any amount of stomach acid [even small amounts] in the esophagus will be painful and damaging so shutting off acid production will bring relief but can perpetuate the problem in the long run.

Low stomach acid, or hypochlorhydria, is the underproduction of adequate amounts of stomach acid (hydrochloric acid) and is largely due to increasing age and nutrient deficiencies [zinc, B vitamins, especially thiamin or B1].

A known and undisputed medical fact is that acid production decreases as we get older. Fifty percent of those 60 and over have hypochlorhydria and it gets worse, by 85 years of age that number increases to 80% !!

And what tracks with this? A diagnosis and treatment for reflux; 50% of people between 45 – 64 years of age are diagnosed with it and over 27% of the elderly are medicated for it.

How does one wrap their head around the disconnect between an 80% prevalence of low stomach acid in the elderly with an increased number of diagnoses and prescriptions for heartburn?

Low stomach acid leads to impaired protein digestion and delayed digestion of meals. The stomach churns and churns at a lower rate which can give time for gas production which increases bloating, belching and reflux. Incompletely digested meals can interfere with how food is digested further down the digestive tract; bile and enzymes from the pancreas aren’t as effective leading to motility issues, gas and gut bacteria imbalances.

The Digestive Theory of Aging

Outside of the research setting, clinicians are not going to sample stomach secretions to see if acid levels are low any more than they would test for excessive stomach acid before prescribing medications.

Treatment and support are done by a step by step process using digestive supplements and assessing the degree of relief.

These can include betaine HCl with pepsin, bitters, apple cider vinegar, as well as, getting tested for H Pylori, the bacterium that can cause ulcers; a known culprit in acid reflux.

Seeking out the guidance of a knowledgeable health professional is recommended.