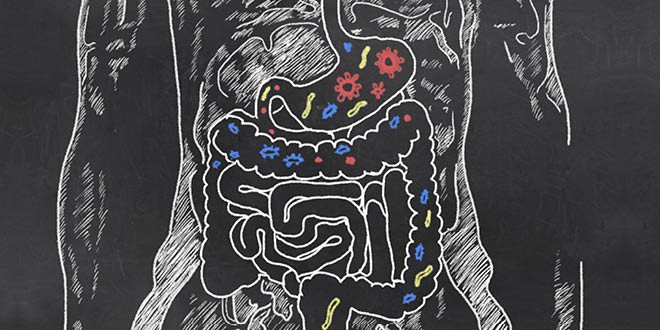 Have you ever heard of leaky gut? I know most haven’t.

When I was working on the book The Complete Leaky Gut Health & Diet Guide , people would just stared back at me with a blank look on their faces whenever I told them what the book was about.

This isn’t surprising. Leaky gut has never been seen as a real medical concern or condition by mainstream medicine. Except in some very specific cases such as Celiac disease or inflammatory bowel disease like ulcerative colitis and Crohn’s, leaky gut is not taken seriously.

In the so-called ‘alternative’ health world however, leaky gut has always been taken seriously. It is even seen as a major contributor to many different states of poor health including most to all auto-immune diseases.

While not the source of all human ills and woes like many naturopathic doctors and holistic nutritionists suggest it is, leaky gut can, and is, an important player in several diseases and poor health.

‘Gut health’ is an increasingly popular expression in every day language, the marketing of foods & supplements and it even shows up in the medical literature.

Gut health is a broad term and is used in a generic way to talk about everything from the presence or absence of diseases of the gastrointestinal (GI) tract, mood as it relates to the role of gut health on psychological well-being, intestinal function such as digestion and elimination, and the state of our microbiota (the bacteria that live in our gut) (1).

In scientific terms, gut health is somewhat unclear, hard to define and difficult to quantify. But one thing is for sure, achieving and maintaining overall gut structure and function is fast becoming recognized as desirable goal when it comes to improving overall health.

Gut health is also viewed as an important role in possibly preventing and treating many diseases that are clearly influenced and associated with the gut and gastrointestinal tract. As an example, this recent study has linked gut health and gut bacteria to chronic fatigue syndrome, once thought to be solely psychological issue. 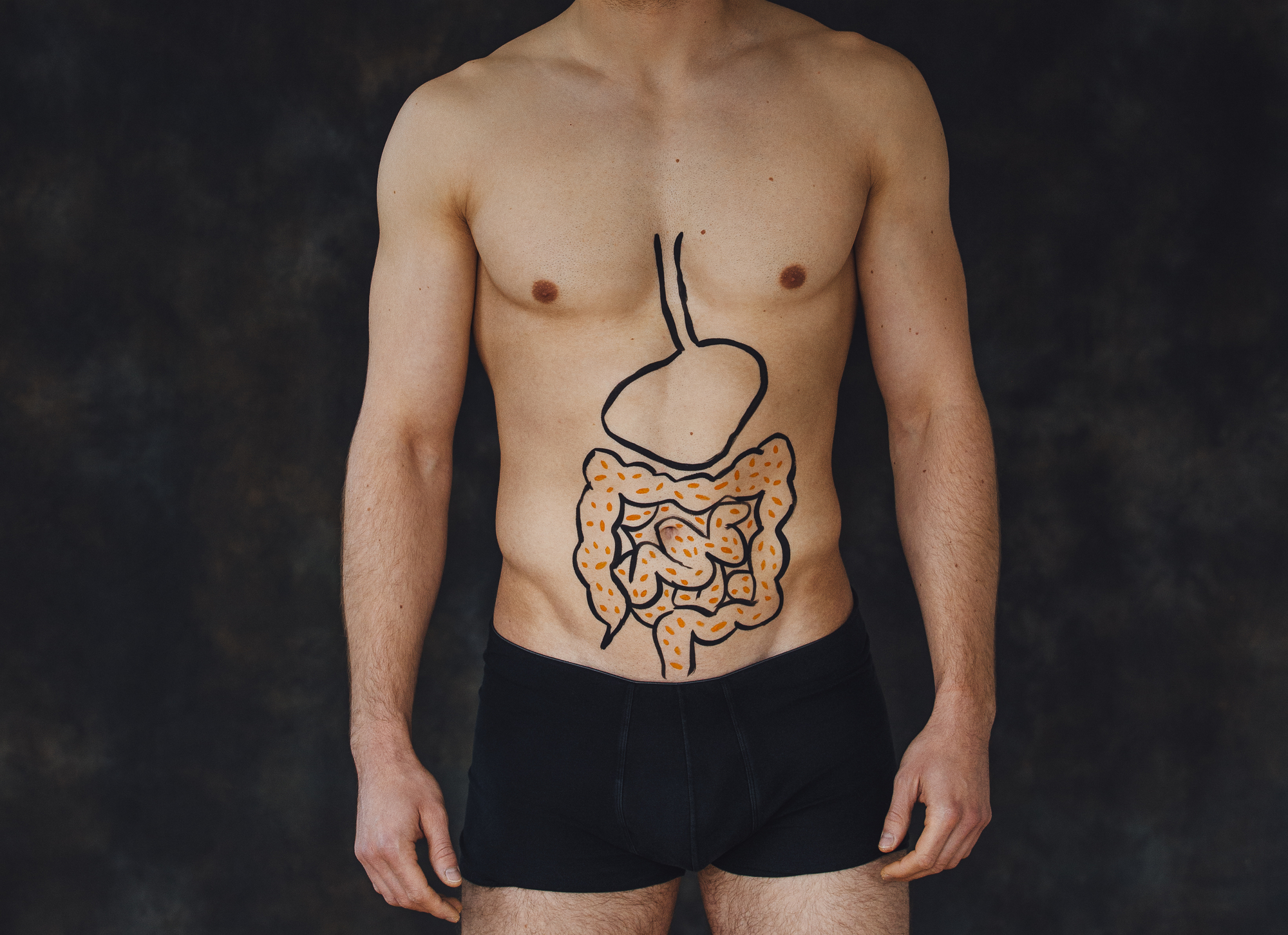 What is leaky gut?

Leaky gut and leaky gut syndrome (LGS) simply put is an increase in intestinal permeability (2). Thing is, mainstream medicine and others hate the term.

Leaky gut goes by main scientifically and technically correct terms such as:

While people love to argue over the terminology, the fact of the matter is, leaky gut is not something to be trivialized. Leaky gut is not a matter of opinion, its a matter of fact. The question is to what degree is it promoting poor health, or aggravating existing conditions that are affected by it?

Leaky gut is a state of having a greater than usual “porous” gut. Or in other words, molecules like food proteins, bacteria, viruses, and other toxins that are normally prevented from entering are able to pass through the digestive tract’s defenses and enter the bloodstream.

Transportation across the gut lining

Under normal circumstances, the lining of the intestines (a single layer of cells called enterocytes) does the job of gatekeeper, It effectively controls the transportation of small molecules such as water, amino acids, vitamins, electrolytes (sodium, potassium, etc) from the interior of the digesetive tract, into the circulation.

Molecules like water, amino acids and others mentioned, move through the cells themselves. This movement is done in a very controlled manner – a process referred as ‘transcellular transportation’ – (see image below).  This allows your body to control what gets in, and for the most part, only the beneficial things needed for health to enter the bloodstream.

Normally, only those molecules that the cell permits to enter the bloodstream are allowed through. However, under certain circumstances, larger molecules (food proteins, microorganisms, bacterial toxins such as LPS or lipopolysaccharide etc) that are normally blocked, manage to slip through the gates (tight junctions).

The tight junctions are complex of proteins located in between the cells. In short, they are capable of opening and closing to allow for the movement of things into, and out of the body. This kind of transportation is referred to as ‘paracellular transportation’ (see image below).

From time to time, paracellular transportation can go awry. When there’s loss of control by the tight junctions, a.k.a. leaky gut  or leaky gut syndrome (gut barrier dysfunction for those who get uncomfortable with the term leaky gut), things that ‘shouldn’t’ get in, do and it’s not a good thing (2, 3, 4, 5, 6, 7, 8). 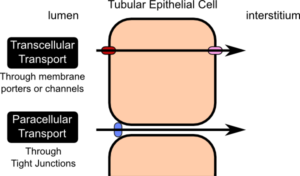 In order to breach the tight control of the tight junctions, a trigger or irritant is needed which can damage the lining of the digestive tract. Once this occurs, the resultant damage further perpetuates gut inflammation. In a viscous cycle, the irritation leads to corresponding damage, which increases inflammation which further leads back to more irritation and damange.

A similar process happens with other barriers such as the skin. Whether there is physical damage to the skin with an abrasion or chemical irritant, the skin becomes damage, inflammation follows and the barrier breached. This creates a free pass for bacteria etc. to get into the blood stream.

The tricky part with leaky gut syndrome is that it’s not straightforward.

Gut inflammation and leaky gut inflammation has been shown to be predictors of future disease, but on the other hand, many diseases such as Celiac or IBD are known to increase intestinal permeability.

Regardless, leaky gut syndrome is not technically a true disease but rather a dysfunctional state or a dysfunction issue. While leaky gut is a common co-condition with healthy issues, it’s premature to blame it on every ill known to humanity which many (e.g. all) in the ‘alternative’ health camp do.

How Does Stress Impact Your Gut?

What we do know

Via clinical research, leaky gut has been shown to clearly exist and is found more so in certain diseases than in healthy controls (those without disease to serve as a comparison).

Most of the leaky gut research has used one of two tests;

1] Lactulose-mannitol test: this involves consuming a solution with these two sugars followed by a urine collection and analysis over the following 6 hours. Lactulose is normally not absorbed and therefore doesn’t appear in the urine. If it does, it’s been absorbed through the small intestines via a breakdown with the tight junction, and filtered by the kidneys = leaky gut.

2] 51-Cr-EDTA test: this also involves drinking a solution which contains radio-labelled chromium allowing for the accurate detection of it in the urine. Like lactulose, Cr-EDTA should not normally appear in the urine; if it does, leaky gut is present.

The following have been shown to increase the likelihood of LGS: 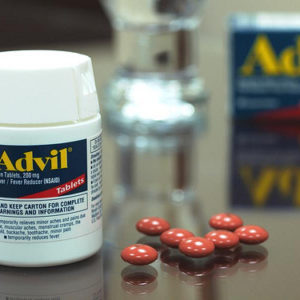 Diseases and disorders that track with leaky gut

Likewise with the gut, when unwanted visitors such as bacteria, viruses, bacterial toxins, food antigens etc, enter the bloodstream, their potential to increase inflammation and stimulate the immune system have been implicated in several diseases and disorders:

Leaky gut has been found to exist in all of these health conditions to some degree and in many cases, found to be present several years before their diagnosis (43, 44, 45).

The barrier between the inside of your small intestines and your circulation is maintain by the gut barrier which is comprised of 3 layers: 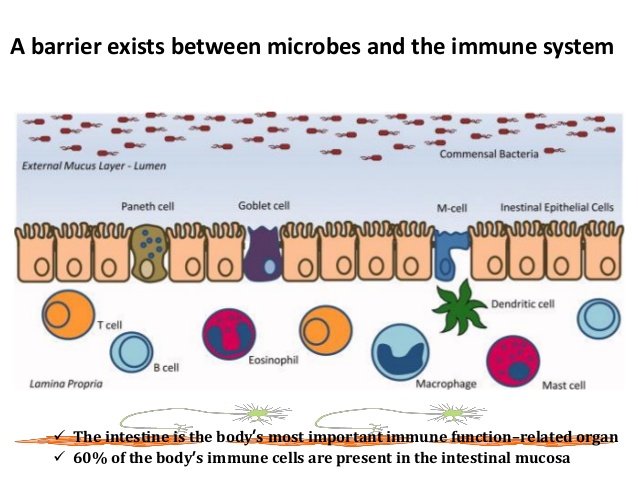 The interaction of these three layers is what’s referred to as the gut barrier function. Disruption in this is therefore called “gut barrier dysfunction” or the maligned “leaky gut”.

The proper functioning of these layers ultimately relies on the interplay between anything that comes into contact with the ecological and mechanical layers such as food, beverages, medications, foreign microorganisms or anything that affects them such as disease, stress and the fitness of your digestive tract.

As stated above, there are many diseases, disorders and things we consume that can affect how well these 3 layers play together. While it seems improbable that so many food-related or health conditions can be associated with leaky gut, it isn’t when you consider the triad that is the common thread with all of it:

Of the three, dysbiosis is the linchpin. Major microbiota disruption can the be the result of:

Healing a leaky gut is not as simple as a list of foods to eat or avoid, or what supplements to take. It takes a comprehensive plan based on a thorough assessment by a knowledgeable and experience health practitioner. Based on what’s been covered in this post, you can guess that such an approach will need to address all known variables including:

Does this sound like you or someone you know? Yes! Then grab a  free introductory call to learn more about my Gut Healing treatment protocol

Leaky gut (or gut barrier dysfunction, so as not to make mainstreamers uncomfortable) is a real phenomenon; this isn’t a matter of opinion, it’s a matter of fact.

It occurs when the gatekeepers (tight junctions) which normally control what passes in between the cells of your small intestines open up, allowing for larger molecules such as food proteins, bacteria, viruses etc to sneak through into the bloodstream.

The real impact of leaky gut on disease etiology, progression or its impact on existing diseases is legitimately debated. And that’s OK, debate and dialogue is good.

What is known, is that when the cells of the immune system encounter these foreign visitors, they can trigger an inflammatory response. This model has been implicated in a variety of chronic diseases such as Celiac, diabetes, fatty liver, skin disorders and more.

While leaky gut is not a disease in an of itself, it is a state of dysfunction. The normal workings of the digestive tract are just that, not working normally. The impact of leaky gut has been implicated in poorer health and poorer outcomes.

In this sense, leaky gut syndrome can be seen as a barometer of potential underlying issues and/or perpetrator of disease aggravation. While not all patients with all the diseases associated with it, a large percentage will have leaky gut to some degree.

But there’s hope for many who continue to feel unwell, or at least not as good as they think they could, and who are not satisfied by being told there’s nothing more that can be done, may want to seek out the support of a practitioner who takes a more functional approach.

Dietitians, integrative and functional nutritionists and other health professionals working with patients should stay on top of the latest research as it relates to leaky gut and it’s role in their patient’s unique situation.

Practitioners should consider the presence of leaky gut as a possible variable in their patients’ care and work with the current evidence as it relates to different diets, supplements and lifestyle to help patients manage their health in a way that is safe, within their scope and not contraindicated to implement.