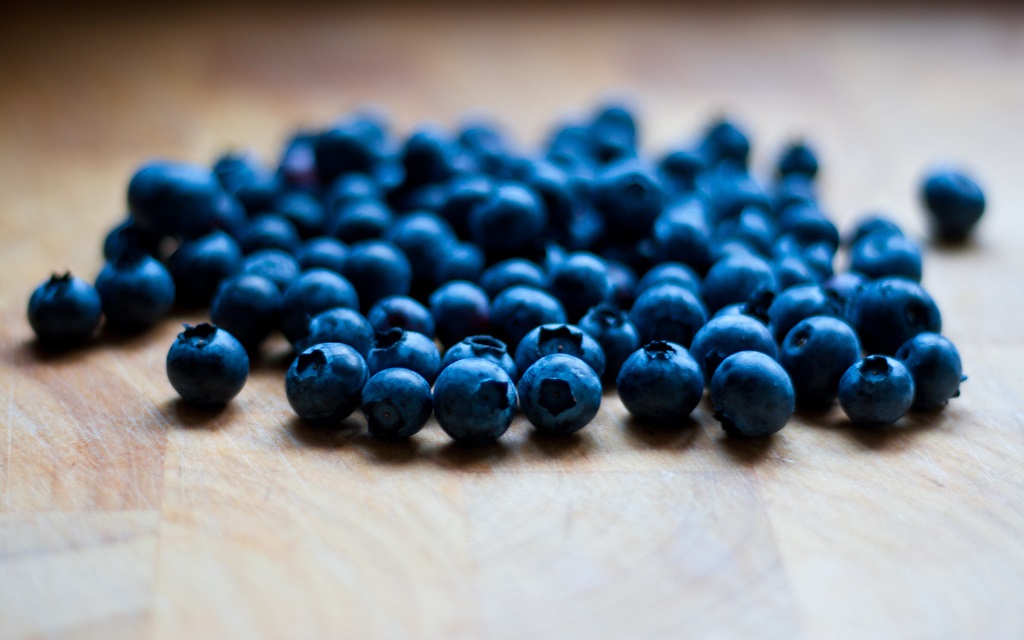 Blueberries are native to North America and they thrive in the glacial soils and the northern climate of Atlantic Canada, Quebec and coastal New England.

Wild (low-bush) blueberries are distinct from their cultivated (high-bush) cousins in a couple ways.

Unlike cultivated blueberries, the wild version are not planted; they are spread primarily by rhizomes or underground runners, which give rise to new shoots and stems. Wild blueberries also differ in their taste and nutritional profile:

Blueberries in general are very low in calories, 250 ml (1 cup) only has 84 kcal, 4 g fiber and 18 g carbohydrate. The are not overflowing with vitamins and minerals so they’re not nutritious in the classic sense of the word.

This because human health needs more than just vitamins and minerals to thrive.

From that perspective this really isn’t where their nutritional superpowers come from but rather from a group of obscure sounding compounds called phyto-nutrients, (phyto for plant), specially polyphenols. Polyphenols have been associated with lower rates of cancer, cardiovascular disease including dementia, diabetes, lower blood pressure and more.

Pretty much everyone loves blueberries so getting more of them is both easy, and delicious.

What are the benefits of blueberries?

Blueberries and bones? Where’s the calcium, magnesium and phosphorus you might be thinking. Like many other plant foods that have been shown to protect bones, like tomatoes for example, blueberries have been studied for their bone-supporting role.

The benefits bones by reducing oxidation which can damage bone-building cells called osteoblasts and by turning on the Sirt1 gene which helps to prevent bone loss as we age (1, 2, 3)

Skin contains a lot of collagen, one of the proteins that provide support to skin tissue. Collagen production relies on vitamin C and there is a small amount in blueberries but only a mere 24 mg per cup.

Blueberries can support healthy skin and new skin cell production. Where blueberries can help is by up-ing the amount of anti-inflammatory phyto-nutrients in the skin which can help to reduce the damage from pollution and sun.

Typically nutritional strategies used to lower blood pressure include reducing excessive intakes of sodium, but also dialing up the intake of potassium (#1), magnesium and calcium.

Atherosclerosis, or the narrowing of blood vessels which increases the risk for cardiovascular disease, is not as simple as, nor does it start and stop with, LDL cholesterol concentration (thank you very much pharmaceutical dogma).

Atherosclerosis is a complex process that involves inflammation and the oxidation of LDL lipoproteins (the little protein structures that transport cholesterol in your blood); when LDL is oxidized (think rusty) it starts an inflammatory process that is no good. They phyto-nutrients in blueberries can stop this (6, 7, 8). 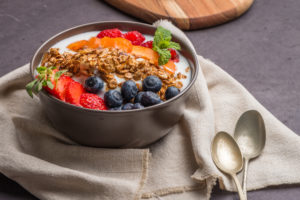 One of the ways cancer can start is through the oxidation of our various cells’ DNA; this is a normal part of being alive (9).

It’s unavoidable but the good news is that the body has built-in ways to counteract this BUT including more dietary antioxidants supports the body to essentially rust-proof our DNA which is a good thing (10). Because blueberries are loaded with antioxidants, they can be a big player in preventing cancer.

Here again polyphenols have been shown to help significantly slow down cognitive decline leading to a lower risk for various forms of dementia including Alzheimer’s disease.

So impressive are they that those with signs of early cognitive impairment actually showed improvement after 12 weeks of drinking blueberry juice, a concentrated source of blueberry-specific phyto-nutrients and antioxidants (11), and may reduce the onset of dementia by a few years (12).

Oxidation and inflammation go hand-in-hand and when science discovered just how potent blueberries were when it came to protecting the body against the ravages of oxidation (think rusting) about 20 years ago, the status of blueberries really took off (13, 14, 15, 16).

Antioxidants help to rust-proof our body, as well as, turn on antioxidant producing genes; this all helps to slow the hands of father time and reduce the risk for many chronic diseases. 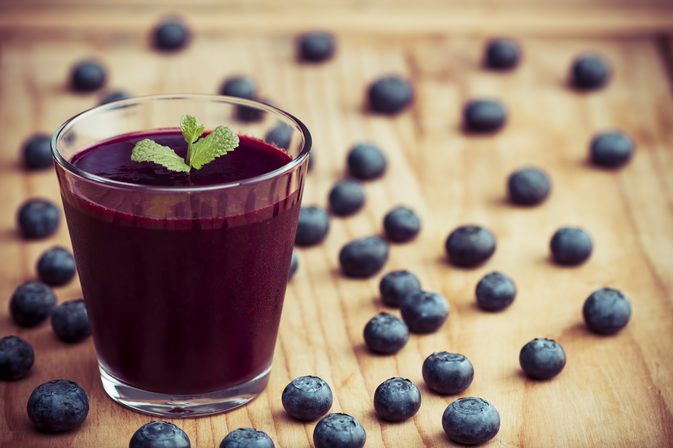 8] Improves insulin sensitivity (a.k.a. reduces the risk for diabetes)

Blueberries may lower the risk of diabetes as well. Studies have shown that blueberries can improve insulin sensitivity and reduce the risk of type 2 diabetes by up to 26% (17, 18).

Like a lot of phenolic/flavanoid-rich plant foods such as olives, apples, raspberries and more, blueberries help cells such as muscle cells, nerves and even brain cells respond to insulin better thereby helping with carbohydrate metabolism (19, 20)

You’re likely thinking what the heck??? Bacteria that infect the urinary tract, of both men and women. do so in part because they are able to adhere to the inner lining of the bladder, or the bladder wall.

Look for fairly firm, sweet-smelling berries with no signs of mould or mildew and no crushed berries in the box. Purchase the smaller lowbush blueberries as fresh as possible. Store, loosely covered, in the refrigerator.

Use the berries within two weeks, but preferably as soon as possible. For optimum flavour, bring refrigerated blueberries to room temperature before serving.

Highbush and lowbush berries freeze well in the same fashion as raspberries and strawberries (whole, in a single layer).